Everything You Should Know About Dosages for Vaping CBD 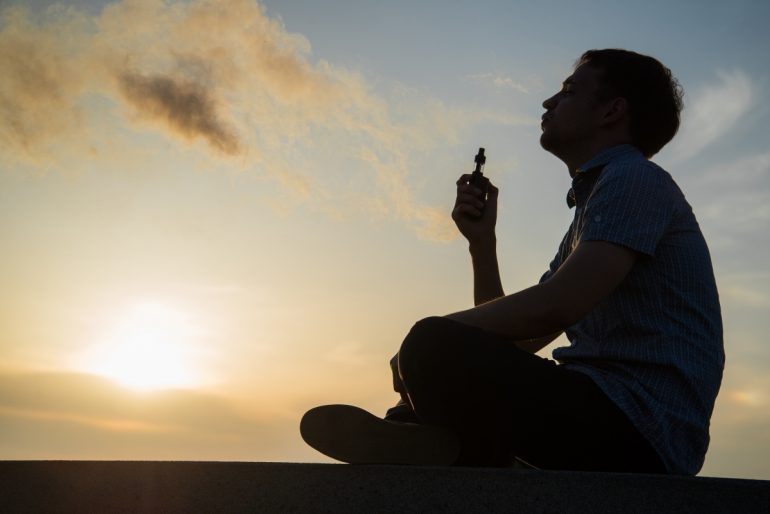 Vaping is the most efficient method, quickly spreading CBD throughout the whole body (not to mention vamping is convenient and easy for daily use). However, there is no “one size fits all” easy answer as to how much CBD you should inhale.

CBD oil is almost everywhere these days: consumers are adding CBD to their tea, swallowing capsules, applying creams; more and more CBD shops are popping up around the world. Other than the fact that vaping is the best method for maximizing the effects of CBD, there are two more reasons for its increasing popularity. One, since vaping, unlike smoking, allows you to intake CBD without causing inconvenience to other people, it is becoming increasingly common to see. (Note “to see” and not “to smell”, for CBD has little noticeable smell.) Two, CBD is also suitable for non-smokers, as it is nicotine-free, so many have turned to vaping to avoid other addictions such as Nicotine and even alcohol. Due to the rise in popularity of vaping CBD, we decided to publish this article to help answer the seemingly complicated question of dosage. Before doing so, we will review what CBD is, how to vape it and elaborate more on the benefits of vaping.

First of all…
Do you know what CBD is?

Before understanding dosage, it’s important to familiarize yourself with CBD. We recommend reading our Cannabidiol: The Ultimate Guide to CBD, which explains in further detail:

First time vaping?
How do you vape CBD?

To vape CBD, you require CBD e-liquid and a vaporizer or vape pen that is capable of heating and transforming said liquid into vapor.
You can make your own e-liquid or you can easily buy “pre-made” e-liquids. We have a whole article on this! Check out Why Buying “Pre-Made” CBD E-Liquids is Better than DIY with CBD Isolate.
For your first time purchasing a vape, we recommend visiting your local vape shop. There you can try different vaporizers within your price range and explain to the clerk that you are mostly interested in using it for CBD e-liquids.
Note: Your shop might already sell CBD e-liquid, but we strongly recommend checking out online shops to make sure you are getting a “full spectrum” CBD liquid, extracted from the gentle CO2 process. In other words, we find a lot of cheap CBD e-liquids in stories and online that have untrustworthy CBD concentrate or their content is below 1% as well as products contain other unnecessary ingredients. (In the article mentioned above, we recommend Nordic Oil products, which range from 1-5% “full spectrum” CBD and whose only other ingredients are Propylene glycol and Vegetable Glycerin.
Vaporizers are special handheld devices that are used to, again, heat the CBD oil until it transforms into vapor to be inhaled. With most vaporizers, it’s pretty obvious as to how to insert the e-liquid. And most vaporizers come with cartridges, so the only other thing you need to do to in order to prep is simply charge the device. (If your vape pen doesn’t come with a cartridge, there is no need to worry. You can easily buy the cartridge once it is empty.)

A Little More on the Benefits of Vaping CBD

As mentioned, CBD enters your lungs and diffuses directly into your bloodstream rather than first entering your liver. Thus, it rapidly supports your endocannabinoid system, which is involved in regulating pain, the immune system, sleep, appetite and much more. The body produces endocannabinoids that bind to cannabinoid receptors in your nervous system. CB1 receptors are located in the nervous system (connective tissues, gonads, glands and organs) but there are also CB2 receptors in the immune system (spleen, heart, kidneys, bones, blood vessels, lymph cells, endocrine glands and reproductive organs). (Researchers today suspect that there may even be a third cannabinoid receptor which has yet to be discovered!) In other words, the endocannabinoid system regulates many bodily functions. The peculiarity of the cannabinoid receptors is their location. To explain, your nervous system is built of transmitters and receptors, i.e. first and secondary cells. So, normally, receptors are located at the secondary cell to forward the signal on. However, oddly, the cannabinoid receptors are located on the former, i.e. the transmitter cell. This means that CBD is not directly responsible for the forwarding of the signal, but the transmitter cell retrograde, that is, returns information in a retrograde manner. Cannabinoids thus provide feedback to the transmitter cell. The messengers of the endocannabinoid system are therefore referred to as retrograde neurotransmitters or neuromodulators. So although CBD has little direct binding affinity for CB1 and CB2 receptors, it can influence the actual information transfered, also modulating several non-cannabinoid receptors and ion channels. Essentially, CBD works alongside the CB1 and CB2 receptors, supporting your whole endocannabinoid system, such as by enhancing or inhibiting the binding action of certain G-protein coupled receptors. For example, Jose Alexandre Crippa and his colleagues at the University of San Paulo in Brazil and King’s College in London have found that CBD directly activates the 5-HT1A (hydroxytryptamine) serotonin receptor, thereby conferring an anti-anxiety effect. Another example, CBD binds to TRPV1 receptors, which also function as ion channels, TRPV1 being known for mediating pain perception, inflammation and body temperature.

As compared to other means for taking CBD, vaping enables the interaction of CBD molecules within record time and, as mentioned before, it is nearly four times stronger since it bypasses the liver.

The many CBD oil brands make it difficult to determine the right starting dosage since they are using different standards. We tend to lean on the standards of Nordic Oil, a very reliable CBD brand in Europe.
Note: The Food and Drug Administration (FDA) is responsible for determining the recommended daily dosage of supplements but they are yet to do so with CBD.
When beginning CBD, it is best to start with a small dose. It is very important to become familiar with how your body responds to CBD before increasing the dose. We always advise our customers that every person is different and everyone’s reaction to CBD is different. On an average, 25mg of CBD a day is effective for most people. The dosage of CBD can be increased slowly until the symptoms improve. If a higher dosage is ultimately desired, consider a product with a higher CBD content.
Note: It is important you know that CBD is not a toxic oil. Your body can, therefore, tolerate it at an incredibly high dosage of 1500 mg daily, which we do not recommend. To ensure you get an accurate CBD vape dosage every day, you could buy a disposable cartridge that comes with standard CBD content and then track the number of puffs you take.

Nordic Oil has put together a simple dosage guide which follows the dosage guide spelled out in a book titled CBD: A Patient’s Guide To Medical Cannabis by Leonard Leinow and Juliana Birnbaum. Leonard Leinow founded Synergy Wellness, a not-for-profit medical cannabis collective in Northern California and has three decades of experience growing and studying medical cannabis. They are specialists in CBD pioneers in this aspect of the industry. Juliana Birnbaum has lived and worked around the world and founded Voices in Solidarity, an initiative that partnered with tribal leaders from the Brazilian Amazon to support the development of a community-led environmental education center.

This book is an excellent resource for those new to CBD and its medicinal properties. The book is full of information about CBD from the history of its use, dosing, studies on its use for a variety of illnesses/conditions, and much more.

Based on the guideline in the book, we recommend the step-up approach were you gradually increase the dose until the most desired results are reached. The term used in the book is “Titration.” This is a term borrowed from chemistry that means taking small steps over time in order to allow for adjustment slowly. By using this method, you’re tailoring the amount of the oil to fit your needs. Every person is different and everyone’s reaction to CBD is different.

As there is a wide range of dosing possibilities, the authors have identified three dose ranges that can be useful for different conditions:

There are a number of factors that need to be taken into consideration when finding the perfect dosage of CBD for you. Some of the factors that play an important part in your experience using CBD are:

How to Take CBD