Will CBD Get You High? 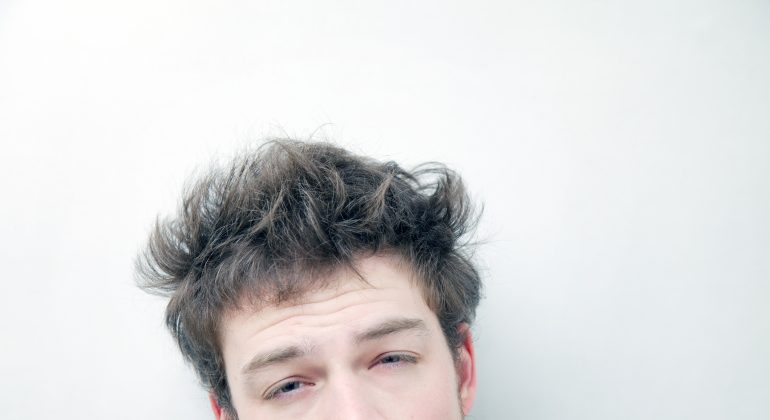 Will CBD get you high? NO! And here’s why…

Because CBD and Tetrahydrocannabinol (THC) are both cannabinoids, meaning that they are both in fact sisters to the mother Cannabis plant, the production of CBD has been somewhat controversial. Once it has been understood that CBD is entirely legal and safe, for it does NOT have psychoactive effects like THC, people still often find this treatment complicated and thus difficult to grasp. For example, according to some users, they experience enhanced relaxation after taking CBD. Non-users might misunderstand said relaxation as “getting high” but that is not the case. CBD simply an adaptogenic substance used in herbal medicine for stabilizing physiological processes and promoting homeostasis. For example, CBD is really effective in treating anxiety (learn more about treating anxiety through Nordic Oil’s wiki page) as oppose to THC which is known for causing anxiety.

We found the following video very helpful in understanding the differences between THC and CBD. The remaining article highlights many key points from the video.

Cannabidiol (CBD) and Tetrahydrocannabinol (THC) are both cannabinoids, meaning that they are in fact sisters to the mother Cannabis plant.

CBD is derived from hemp, one of the oldest crops. Nordic Oil’s wiki page “The History of Hemp” provides an interesting overview, discussing the purposes of hemp in different areas of the world.

The history of the hemp plant stretches back to 10,000 years ago. Carbon tests suggest that Hemp was used as far back as 8,000 B.C. Great Britain’s history indicates that cultivation of hemp has been done since 800 A.D. During the 16th Century Henry VIII told farmers to plant hemp plant in large amounts to offer materials for British Naval fleet. Full grown hemp has a height of 10-15 feet and it has a fibrous trunk to support its weight.

In a nutshell, for thousands of years, we have been producing clothing and paper from hemp, but also medicine, nutritional supplements, baby care products, building materials, plastic composites and more.

On the other hand, marijuana and hashish contain high amounts of THC so that they can be used as an intoxicant. Marijuana is harvested and purchased mainly for its psychoactive and euphoric properties, although its ability to increase appetite by triggering the hypothalamus section in the brain, can be effective in mitigating a loss of appetite and nausea caused by chemotherapy.

The important difference is that CBD is not psychotropic like THC; it does not induce a euphoric effect, otherwise known as a “high”. To elaborate… THC directly interacts with CB1 and CB2 receptors throughout your body whereas CBD works alongside them. To review from our Cannabidiol: The Ultimate Guide to CBD, your body’s endocannabinoid system is involved in regulating pain, immune system, sleep, appetite and much more. So in other words, the body produces endocannabinoids that bind to cannabinoid receptors in your nervous system. CB1 receptors are located in the nervous system (connective tissues, gonads, glands and organs) but there are also CB2 receptors in the immune system (spleen, heart, kidneys, bones, blood vessels, lymph cells, endocrine glands and reproductive organs), which is why scientists are, for instance, fascinated with the benefits of CBD for inhibiting the growth of tumors. (Researchers today suspect that there may even be a third cannabinoid receptor which has yet to be discovered!) In other words, the endocannabinoid system regulates many bodily functions. The peculiarity of the cannabinoid receptors is their location. To explain, your nervous system is built of transmitters and receptors, i.e. first and secondary cells. So, normally, receptors are located at the secondary cell to forward the signal on. However, oddly, the cannabinoid receptors are located on the former, i.e. the transmitter cell. This means that CBD is not directly responsible for the forwarding of the signal, but the transmitter cell retrograde, that is, returns information in a retrograde manner. Cannabinoids thus provide feedback to the transmitter cell. The messengers of the endocannabinoid system are therefore referred to as retrograde neurotransmitters or neuromodulators. So although CBD has little direct binding affinity for CB1 and CB2 receptors, it can influence the actual information transferred, also modulating several non-cannabinoid receptors and ion channels. Essentially, CBD works alongside the CB1 and CB2 receptors, such as by enhancing or inhibiting the binding action of certain G-protein coupled receptors. For example, Jose Alexandre Crippa and his colleagues at the University of San Paulo in Brazil and King’s College in London have found that CBD directly activates the 5-HT1A (hydroxytryptamine) serotonin receptor, thereby conferring an anti-anxiety effect. Another example, CBD binds to TRPV1 receptors, which also function as ion channels, TRPV1 being known for mediating pain perception, inflammation and body temperature. To sum up,

THC directly binds to CB1 receptors in the brain. This alters how the brain functions, affecting coordination, pleasure and cognitive abilities, thus causing the high

. However, CBD does not directly bind to the CB1 receptors directly but still greatly supports and enhances the whole endocannabinoid system. For this reason, it doesn’t have the psychoactive effect like THC.

The processes  for extracting CBD versus other products containing THC – even “hemp seed oil” which also contains very insignificant traces of THC – is very different as well as their applications and effects. (Just so you know, hemp seed oil is made from cold-pressing of hemp seeds whereas most CBD oils are made from the CO2 (non-toxic) cooling extraction process. Thus hemp seed oils are rather filtered where CBD oils are incredibly pure, resulting in the full-spectrum, the valuable cannabinoids and terpenes of the hemp plant preserved. Hemp seed oils are rich in cholesterol-lowering plant sterols and vitamin E, beneficial for their healthy source of monounsaturated and essential fatty acids, but the high amounts of CBD in our products support well-being, balancing/harmonizing the body’s natural systems as well as treating paint, discomfort and moods.)

Interesting Fact: Not mentioned in the video, as of March 2017, doctors have been allowed to prescribe medicines containing cannabis, such as flowers or extract, as a narcotic. This approval of THC doses, ranging between 100 to 22,000 mg, has been controversial since THC has been criticized for having addictive effects and harmful properties, but...

Remember! CBD contains less than 0.2% THC. Therefore, CBD is legally available and is increasingly easy to purchase in the EU as well as Norway, Switzerland and Iceland. Also, it is commonly offered as a dietary supplement or for cosmetic purposes.

In summary: Marijuana versus Hemp?

There is a vast, indisputable research available showing that CBD has far greater health benefits and aids far more medical problems than THC. If you’re still not sure though about whether to go with CBD or THC, we recommend reading Nordic Oil’s wiki page, “

THC vs. CBD: Which One Should You Use?” They conclude,

We cannot conclusively say that CBD is better than THC. The use of the marijuana plant has different effects for different people. Things like genetic make-up, for example, drug use history and personal expectations dictate preference.

No single component of the marijuana plant can be conclusively labeled as good or bad. So for us to conclusively say that CBD is better than THC, a lot of research is required. It is most important to note that CBD has very little side effects. Apart from some people complaining of a dry mouth, the side effects of CBD is very minimal compared to the clinical benefits of CBD.

Side Effects of CBD

What You Need to Generally Know About CBD Dosage